Changchun New District: Helping "Made in China 2025" to move towards the middle and high end of the industry

Guangzhiyuan is a cluster of precision instruments and intelligent equipment manufacturing jointly established by Changchun New District and Changchun City Bureau of Industry and Information Technology and Changguang. It is supported by advanced manufacturing industry and guided by strategic emerging industries, and will eventually become the high-end of Northeast Asia. Smart industry belt. It is estimated that by 2020, the industrial scale of the park will exceed 20 billion yuan, and the industrial added value will be 8 billion yuan, with an average annual growth rate of 20%.

Changchun Rongde Optical Co., Ltd. is a national high-tech enterprise, the only encoder of the national “Jilin Province Photonics Industry Incubator”, and its products are exported to more than 50 countries and regions in the world. In May 2014, we established an independent business platform and R&D center in Hamburg, Germany, and strived to achieve rapid branding and internationalization by learning advanced German technology. With more than 30 national patents, the company is the largest manufacturer of encoders and couplings with the largest technology, the most complete varieties and the most cost-effective in China. General Manager Ni Guodong thanked Changchun New District from the bottom of his heart. In the past two years, enterprises have to develop their own land, build their own factories and expand production, but the funds are limited and the procedures are cumbersome. At the most difficult time, Changchun New District The emergence of Guangzhiyuan, Rongde Company finally has its own home. "With the goal of making 2025 in China, my company and I have to dig deep in the field of automation." 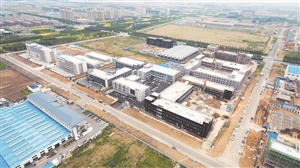